Rinku Bhattacharya Das is a multi-talented Indian artist—dancer, choreographer, and actress. Ever since winning the prestigious Indian national dance scholarship from West Bengal Governor B.D. Pande at age 5, she has pursued rigorous training in Kathak dance under Guru Laxmi Narayan, her mother Smt. Mallika Bhattacharya, and advanced Kathak under Guru Parveen Gangani and Guru Sanjeevani Kulkarni. She broadened her classical dance profile by also learning Manipuri dance from Guru Bipin Singh and Padmashri Darshana Jhaveri. She has been honored with the 2014 Naatya Saradhi Award from Nataraj Music & Dance Academy of Vizac, 2012 Ella Fountain Pratt Emerging Artist Award from the Durham Arts Council and the 2009 Heritage Award for Excellence in Kathak Dance from The Hindu Society of North Carolina. 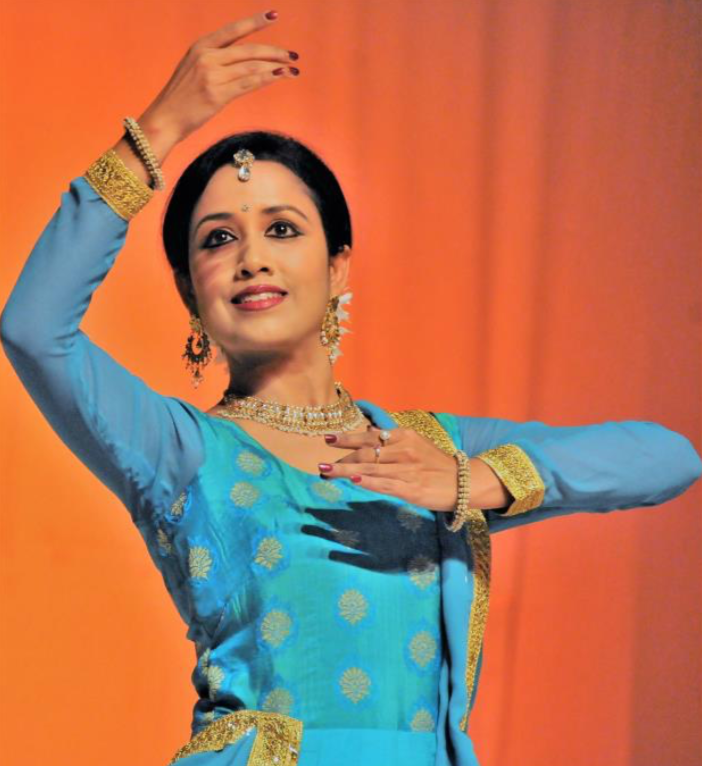 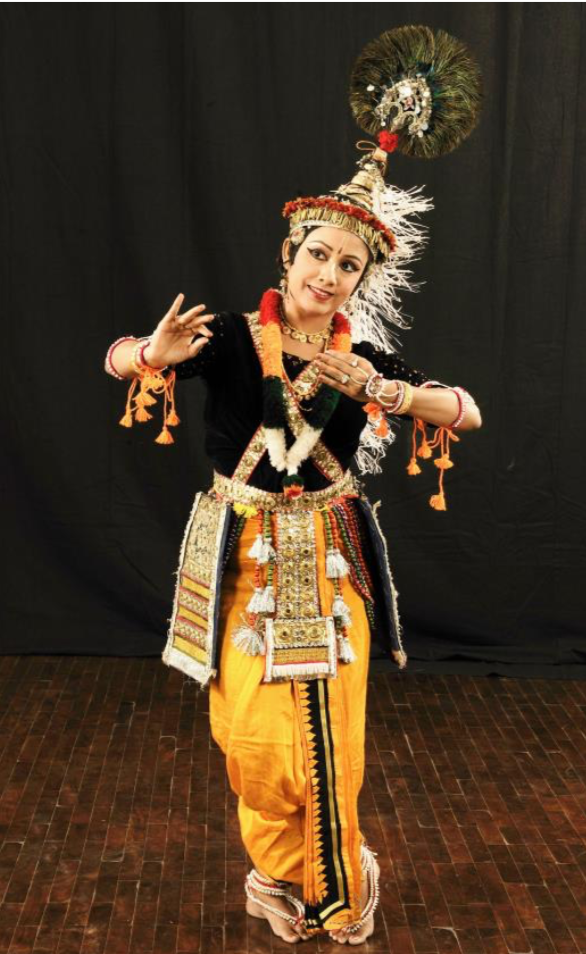 “I would like to thank the Nrityajyoti Dance Academy for their Nritya Sangam: The United Spirit of Dance recital at the American Center. The performance highlighted the ongoing celebrations of the 2017 U.S.- India Travel and Tourism Year and amplified the Consulate’s efforts to utilize culture as an agent for positive social change.”

"Nothing in the program, however, was more picturesque than the single-file entrance of the seven Manipuri dancers from the Natya Academy [Rinku Bhattacharya and group]...Earlier on, two female Manipuri dancers danced the “Yugal Nartan.” The tall headdress of the first (playing Krishna) played by Rinku Bhattacharya Das, with its circular plumed decoration, and the rigid, bright farthingale worn by the second (as Radha) Acharya stay in the memory. Both combined pattering footwork beneath upper-body tilting. The Erasing Borders festival has not presented Manipuri in New York before; it would be good to see a whole program of it one day. "

“The Town of Morrisville recognizes the Nrityajyoti Dance Academy and its artistic director Rinku Bhattacharya Das on their delegation trip to India and is proud of the group for representing the Town of Morrisville, the State of North Carolina and the U.S. in this wonderful cultural endeavor,”

“It comes as no surprise that the beautiful choreographer duo of Ramya Sundaresan Kapadia and Rinku Bhattacharya Das chose to pay tribute to their Gurus through their excellent dance rendition titled “Aum Sad Gurubhyo Namaha – An Ode to the Guru.” Now, the two choreographers, Ramya Kapadia and Rinku Bhattacharya Das need no introduction to the art loving public of the Triangle Area. They have been part of the rich and varied multi-cultural warp and weave that forms the vibrant tapestry that is the cultural scene in the Triangle."

“To be selected to perform at these honorable events is quite an accomplishment and I am happy to know that you [Rinku Bhattacharya Das and dancers] will be representing North Carolina. I applaud your accomplishments and your dedication.”

“I believe that to be the best we have to learn from the best. We had the privilege and honor of watching Rinku's Dance performance at Heritage India festival in April 2013. Her performance was Mesmerizing and Magical. We were all in awe of her and became her super fans. My daughter has been learning dance from Rinku for about a year and I started about a month ago. Our experience with Rinku cannot be summed up in few words. Rinku is part of our family I am so grateful she is in our lives. My daughter loves Ms. Rinku and looks forward to her dance class every week. She is patient with kids and adults; she makes dance fun and interesting. Her teaching techniques are simple and effective and she can make anyone dance. We are so proud and honored to be Rinku's students. I hope my daughter can become a wonderful dancer like Rinku under her coaching and guidance. Thank you Rinku for sharing the beautiful world of dance with me and my daughter.”

“You have inspired me and my daughter to dance to the best of our abilities. You are a wonderful teacher and great role model. Your energy, patience, creativity and love manifests in every lesson. You are always teaching us to be dedicated and true to ourselves in the art of storytelling. I sincerely want to thank you for all your hard work. We are committed to be on this journey with you for many more years.” 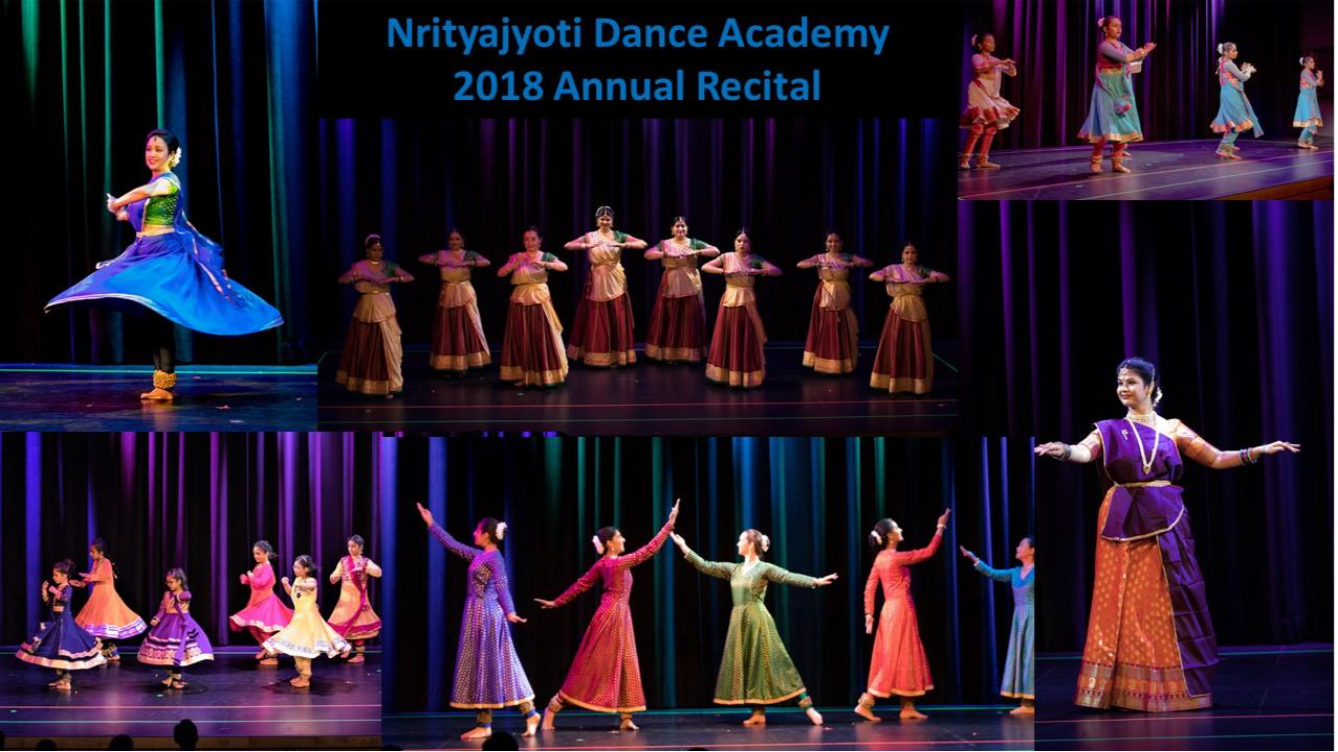