Jagadguru Shree Kripaluji Maharaj, the fifth original Jagadguru in Indian history, descended on the beautiful Sharad Poornima night in October 1922, in the village of Mangarh in North India. Even as a child, Maharajji displayed signs of divinity as recounted by His family members and close associates.

Since a very young age, Maharajji exhibited exceptional ability in numerous fields of study including Sanskrit grammar, Ayurveda, and literature. It is said that Maharajji did not even study for the exams and yet excelled in everything, earning graduate degrees by the age of 15 years. He even conducted month-long kirtans during this time, leaving grownups and senior citizens in a state of ecstasy as they watched Him transfixed. For about 2 years after that time, Maharajji remained in a deep state of divine love bliss of Radha-Krishna as He roamed in the forests of Vrindavan. He was later discovered by future devotees as someone with divine qualities who had the power to uplift the spiritual sentiments of the masses. He would chant kirtans and bhajans, frequently exhibiting mahabhav, losing consciousness and falling on the ground.

Starting 1954, Shree Maharajji started preaching the knowledge of the Vedic scriptures to the masses in India. As tales of His divine knowledge spread far and wide, He was invited by the Kashi Vidvat Parishat to participate in a scriptural debate with renowned scholars. On January 14, 1957, Shree Maharajji was venerated with the title of Jagadguruttam by the. Since then, this date has been celebrated as Jagadguruttam Diwas. Shree Maharajji, the personification of the nectar of divine love, has inspired millions of devotees toward the path of bhakti.

Maharajji’s senior disciple, Swami Mukundananda ji (aka Swamiji), was blessed with Maharajji’s tutelage from 1989 to 2013. At the Sharad Poornima celebration at the Radha Krishna Temple in October 2020, Swamiji described the life history and leelas of Shree Maharajji that left the devotees spellbound.

Maharajji’s senior disciple, Swami Mukundananda ji (aka Swamiji), was blessed with Maharajji’s tutelage from 1989 to 2013. At the Sharad Poornima celebration at the Radha Krishna Temple in October 2020, Swamiji described the life history and leelas of Shree Maharajji that left the devotees spellbound.

Swamiji is an established global leader of spirituality, yoga and meditation. He founded JKYog, a non-profit charitable organization established for the physical, mental, and spiritual well-being of humankind. Swamiji’s illustrious path to spirituality is as distinguished as his educational background. Swamiji graduated from the most prestigious Indian Institute of Technology (IIT), New Delhi, and Indian Institute of Management (IIM), Kolkata. He went on to work at a top corporation until his longing for the Absolute Truth impelled him to give up his corporate career for the spiritual path.

About five years later, Swamiji met Shree Maharajji. Subsequently, he went to Mangarh to study the Vedic scriptures. Thereafter, Maharajji entrusted him with the most crucial seva of preaching the divine knowledge of the scriptures across the world. Swamiji has positively influenced hundreds of thousands of people of all ages, filling them with inspiration through wisdom-filled lectures, associations, personal guidance, and extensive support to devotees.

Swamiji founded JKYog India and established ashrams including Radha Govind Dham (Delhi, ) and Radha Krishna Bhakti Mandir (Cuttack, Odisha). He also established the Jagadguru Kripalu Yoga and Naturopathy Hospital in Odisha, which is the largest of its kind in Eastern India. Swamiji is also building the Jagadguru Kripalu University, Odisha on a 100-acre campus for the education and training of young men and women in rural and suburban parts of the state and nearby regions.

Swamiji has been actively preaching in the US since 2009 following Shree Maharajji’s instruction. Subsequently, he established JKYog USA with its Headquarters in Dallas, Texas. Swamiji founded numerous programs for children and youth in his efforts to impart cultural and scriptural values to the next generation of Indians-Americans born and raised in the US. He developed a special personality development program called "Bal-Mukund - Playground for Vedic Wisdom". The program focuses on character building, yoga, meditation, devotional chants, cultural exposure, and the Hindu religion. Swamiji also initiated the JKYog Youth Club that offers a variety of leadership training and public speaking programs.

Swamiji’s charismatic personality and highly inspirational words of wisdom have influenced people across the socio-economic and educational spectrum. He has taught yoga, meditation and spirituality to the masses. He has also been invited to conduct presentations at prestigious universities like Duke, MIT, Princeton, Stanford, Yale and many more. He has also been invited to speak at various Fortune 500 companies like Google, Intel, Oracle, Verizon, Yahoo, etc. Swamiji has even delivered talks at medical institutions like the MD Anderson Cancer Center.

Among Swamiji’s most exceptional contributions is building the exquisitely beautiful Radha Krishna Temple of Dallas in the city of Allen, Texas.

The Radha Krishna Temple of Dallas: Swamiji’s Gift to Us

The Radha Krishna Temple of Dallas was inaugurated in July 2017. This exquisitely beautiful temple is a place where everyone savors the nectar of devotion and faith and experiences a strong sense of community. It is hard to believe that the temple is just three years old. Since July 2017, each year there have been increasingly more activities for the community like blissful weekly Satsangs followed by Mahaprasad, magnificent festival celebrations, Bal-Mukund programs for children, dynamite youth club seminars and leadership activities, health seminars or webinars by medical professionals, and more recently, scores of top-of-the-line online classes in a variety of fields including Bhagavad Gita study and recitation, classical vocal and instrumental music, yoga, language, coding, chess, etc. A majority of these programs are free of cost for the global community, with the primary purpose of enhancing spiritual enlightenment.

Under Swamiji’s guidance, the Temple’s volunteers have taken on several programs directly for the welfare of the less privileged members of our community. For example, the Little Hands Big Hearts initiative aims to fulfill the wish list of children’s essential items by collecting new or gently used items before the winter holidays. Another noteworthy initiative is called KAKE – Kids Assisting Kids in Education. Its goal is to provide homeless kids with better access to educational resources like computers, by distributing free materials to needy youth! Such youth programs not only open doors through community service and leadership but they open and touch many a heart too.

Swamiji continues to conduct many devotional programs, spiritual retreats and lecture series even during these trying times. To commemorate Shree Maharajji’s entitlement as Jagadguruttam, the highest among all Jagadgurus, JKYog and the Radha Krishna Temple are thrilled to announce the celebration for Jagadguruttam Diwas on Sunday, January 17, 2021. Join the Radha Krishna Temple family for this very devotional celebration. 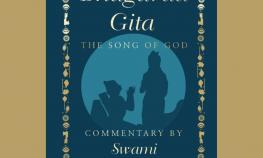 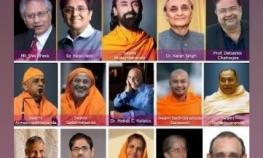 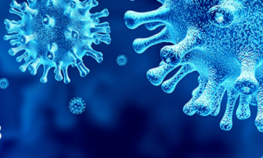 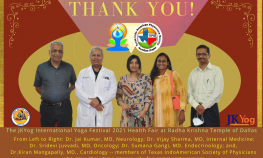 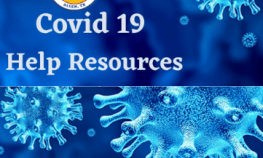